Bridget Tartaglia is a graduate of the State University of New York at Stony Brook. Ms. Tartaglia received her Juris Doctor with honors from Touro College Jacob D. Fuchsberg Law Center in 1995. While attending Touro, Ms. Tartaglia was one of the founding members and the Research Editor of the Environmental Law Journal. Ms. Tartaglia was instrumental in publishing the first edition to the Law Journal in 1995. She also received numerous academic honors during her tenure at Touro, including a Community Service Award and the American Jurisprudence Aware of Excellence in Creditor’s Rights. She was active and integral member of the Columbian Lawyers Association where she served as President. She also served as intern for the Honorable Howard Levitt of the Supreme Court, State of New York, County of Nassau. Ms. Tartaglia was also recipient of two academic scholarships from the Columbian Lawyer’s Association while attending Touro.

Ms. Tartaglia has received multiple awards relative to her practice in the area of Matrimonial and Family Law. These include her having an AV Preeminent rating in both Legal Ability and Ethical Standards with Martindale-Hubbell since 2013; a 2019 Lawyer of Distinction for her work in Family and Divorce Law; Martindale-Hubbell Top Rated Lawyer in Family Law; 2016 10 Best Females Attorneys in Family Law; Avvo Top Rated Lawyer, 2017 and a 2015 Client Distinction Award.

Ms. Tartaglia also has been honored for the past two years by the Suffolk County Bar Association for her donation of her time to pro bono divorce matters in Suffolk County.

In addition to receiving multiple awards relative to her work in the Matrimonial and Family Law field, Ms. Tartaglia also was honored by the WVI Dolphin Foundation and received a 2019 Spirit of Youth Sports Awards for her continued commitment and time volunteered to Youth Sports.

Ms. Tartaglia is has been a youth basketball coach for Infant Jesus Church CYO program in Port Jefferson, NY for the past 9 years. She has spent countless hours each season coaching up to two different teams. Ms. Tartaglia was a division I college athlete where she played basketball at Brooklyn College. In addition, Ms. Tartaglia has worked on the fundraising committee for Mount Sinai Youth Soccer for the past 5 years where has volunteers time to raise money for a local soccer organization. Since 2013, Mrs. Tartaglia has been a Catechist for St Louis De Monfort Church in Sound Beach, NY where she has and continues to volunteer her time each week to teach two different religion classes each year. She is also a team leader for the Mount Sinai Neighborhood Watch for which she acts a liason for members of her community. In addition to work in her community, she also is a volunteer with the Suffolk County Bar Association pro bono foundation. She is a longtime resident of Mount Sinai where she resides with her husband and two sons. 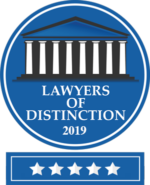 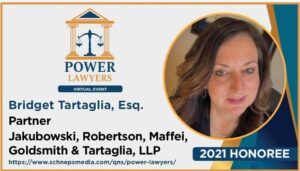 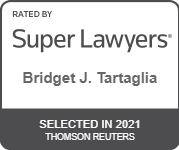